Exactly one month ago, I quit my job, sold my things, and booked a flight to Europe. The destination? My dream city of Amsterdam.

This was motivated by many things, but ultimately it came down to three main factors: freedom of location, freedom of time, and freedom from things.

I wanted the ability to live in my human-centric dream city, to spend my time working on my own passions, and to do this while I still had the flexibility in my life to make this change.

And, I must say, in just one short month, this experience has already fundamentally changed who I am.

No, seriously. I'm not kidding. And this isn't just some whimsical rom-com about "finding myself in Paris". It's real.

A month ago, If you had asked me "Spencer, what's your goal in life", the answer would've been simple: Freedom. My goal was to have the freedom to spend 100% of my day creating things I'm passionate about. And to have have freedoms in other areas of my life as-well.

Freedom of location – to not be tied down to one city in this world, but be able to live and work wherever I feel like it.

Freedom of time – I wanted the freedom to spend my time as I chose. To be able to decide "I want to work on X today" and do exactly that. To work on my own businesses with my time rather than working for others.

Freedom from "things" – I wanted freedom from things things that "own" me. For example a house, or a car payment, or a fancy piece of furniture. All these things you must maintain, make payments towards, and give up other freedoms (ex. freedom of location) to attain.

And, just as any core belief, this fed a lot into my decision making. For example, when I started my first job out of school I didn't join the company health insurance plan. I stayed on my parent's plan. I did this so I'd have the freedom to leave my job and retain health insurance.

Another example, I didn't buy any nice furniture when I moved into my first apartment. I bought everything used. This was done with the intention that I could sell everything at the drop of a hat if I wanted to.

Additionally, I've never been in favor of owning a house. I felt like this would tie me down to one location and add a hefty monthly subscription to my life that limited my future choices. I wanted the ability to be flexible with where and how I live in the future.

These are just some examples, but I could list more. The takeaway, however, is this: a lot of my goals revolved around flexibility and freedom. And after Europe? It's quite the contrary.

So, how did Europe change this core belief?

Okay, so I think the question that must be asked first is this:

Why would someone want freedom? In general?

And hey, I know freedom is a popular desire cause 'Merica was literally built on the concept. The freedom of speech, freedom of religion, freedom of assembly. You wouldn't get people dropping everything, hopping on boats, and sailing to unknown lands unless these freedoms were important to them.

And freedoms at a society-wide level make sense. It's the freedom for each individual to make their own decisions. But, what do these same freedoms mean on a personal level?

The freedom of location is nice on a society level. Let people move where they'd like to within their country. But, on a personal level is this same freedom still valuable to you? Do you want to move around?

Personally, I didn't know if these freedoms were valuable to me. That's why I sought the freedom of location so badly. Because at the end of the day, personal freedoms are simply the freedom to defer making a choice.

But as a goal, freedom is a bit useless. That's because freedom itself isn't really a goal, it's more of a meta-goal. It's the ability to change goals at any time in the future.

And I learned that pretty quickly when I landed in Europe.

You see the difference? Wanting the freedom to be able to make a decision isn't a goal. It's simply the act of not knowing the goal yet, but not wanting to shut any doors.

However, through receiving this "full freedom", I realized something. There's quite a few of these freedoms that I don't really care for.

It's actually kind of interesting when you think about it that way. Each person can brew their own stew of freedoms that they value.

I've met many people abroad. I've met girls who work at a coffee shop 9 months a year primarily to save enough to spend the summer traveling. I've met programmers who work in the mornings as a digital nomad. And I've met people who quit their job in a similar manor to me, simply to travel and live abroad.

And everyone is optimizing towards their own preferences. It's pretty amazing!

With that in mind, gaining all these freedoms has truly made me realize which ones I value. I thought I'd value them all, but you always have to give up something. And I feel I understand myself better now.

The problem is, I like to travel but I don't want to do it full-time. In fact, I'd argue most people, even those who love to travel, would agree with me on this point.

Luckily, I knew this about myself so I planned this with a home base in Amsterdam. But the question remains, is this "location independence" truly a freedom that is important to me?

And Uptown truly has it all. My favorite takeout restaurants, five amazing grocery stores, barber shops, great restaurants, nice bars, multiple gyms, a dedicated bike freeway, the chain of lakes – all within a short 10 minute walk.

And, while one of my major gripes with Minneapolis is the car dependency, it kind of didn't matter when I lived in Uptown. I worked remote and exclusively used my car when visiting friends or going to the gym. My neighborhood was walkable, so my "city" and lifestyle was walkable. So, although Amsterdam as a city absolutely dominates Minneapolis on almost every metric I care about – bike, rail, and pedestrian infrastructure – it almost doesn't matter. The neighborhood is what matters.

Now sure, I've only been in Amsterdam for a little bit, and there's many neighborhoods I've yet to explore. There's no doubt I'd find my 10/10 slice of Amsterdam. But, the question is: if Uptown as a neighborhood already scores a 10/10, would I rather choose the 10/10 neighborhood near to my family and friends or the one that's 4,000 miles away?

Secondly, let's talk about freedom of time. And, this realm has seen some huge changes for me. To start, my bootstrapped businesses are still my central focus in life. And, before Europe if you asked me "why" I build them, my answer would include a lot, but would likely focus around freedom.

And, if you asked me if I ever want to work a day job my answer would be "hell no" primarily because it directly contradicts against those goals. Fixed tasks, fixed pay, fixed times, fixed location, and fixed technology.

However, now if you asked me if I ever want to work a day job again my answer would be...

How could my answer to this question ever be "yes"? Am I really giving up on my self-funded business aspirations and choosing to work as an employee?

And, while on the surface that might be what it looks like, it's actually quite the opposite. You see, previously I saw my day job fought in direct opposition to my startup. It was the thing taking all the time, energy, and focus away from my passion. And, limiting me from getting the freedom I wanted so badly.

And this is why I feel more driven and passionate about creating things now. It's because I'm not trying to build the startup to "free" myself. I'm just building it because that's what I love. So, if I can get a career that allows me the 2-3 hours a day around it to build my startup, I'd be happy. I don't need to be living full-time off the income from my business to be "successful" – I just need the time and energy to spend some of my day working on it.

And inevitably, with consistent effort over time it will reach financial success. I'm 100% confident in that. But, I no longer want to feel like a failure while I haven't reached that point.

I hope that makes sense.

So, what will this change?

Additionally, I value making a steady income. Not because some outside force is pressuring me to, but because if I can do that while simultaneously getting my 2-3 hours to work each day, then that's a win-win! 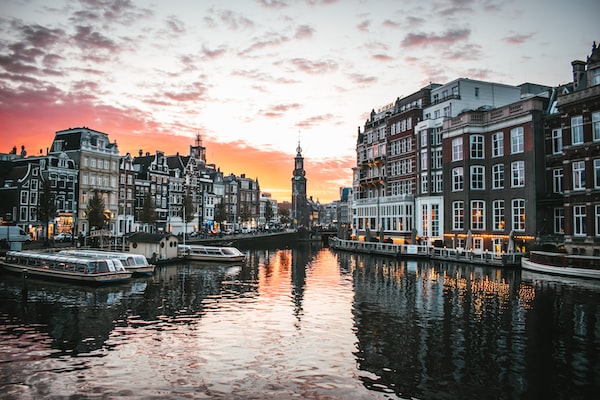 I'm currently sitting in a coffee shop in Copenhagen. It's one of my last bits of travel before returning to the U.S. A victory lap in a sense. And it feels like a victory lap. The past 5 months have been a movie. With highs, lows, and everything in-between. 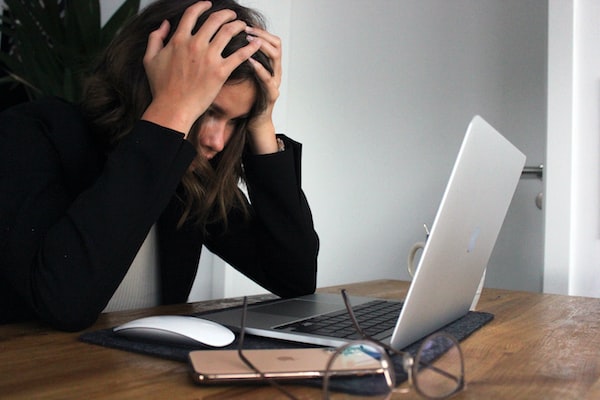 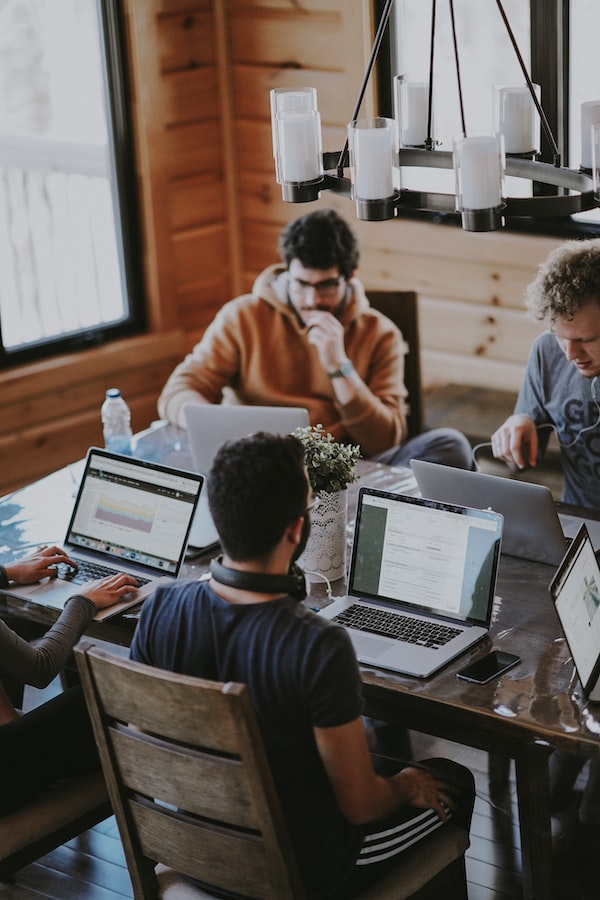 There's a lot of great advice online to build better software businesses. The common wisdom includes "start marketing before you start building", "build in public", "validate your business idea", and more. And don't get me wrong, this is great advice! But, I'm going to argue these tips aren't beneficial unless